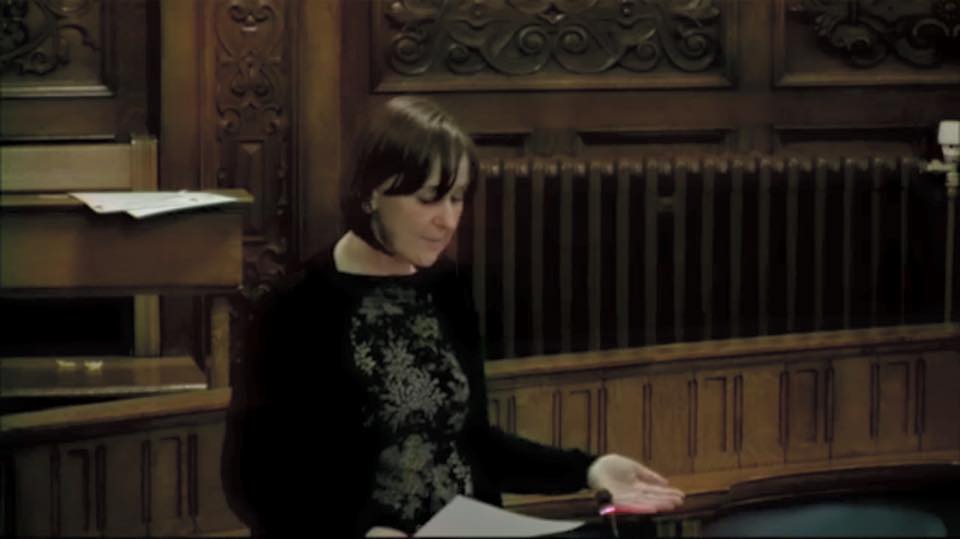 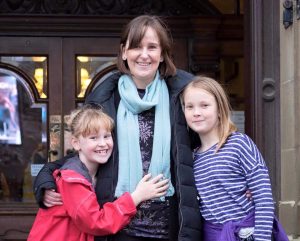 Co-founder of the campaign Zoe Walsh, outside Blackpool Town Hall with her daughters. Zoe was herself a recipient of Star Buddy support after the birth of both of her daughters, and went on to train as a breastfeeding peer supporter herself.

On the 25th May 2017, around a month after hearing about Public Health Blackpool’s decision not to renew the funding for the Infant Feeding Lead and the Star Buddies Breastfeeding Peer Support programme (funded in various guises to this point for around 12 years), this campaign’s co-founder Zoe Walsh applied for a slot to present at a Blackpool Council meeting (to the elected representatives). We waited for a date to be sent to us, and enquired in June to find that we had been missed off the list and, because of the Extraordinary Meeting in July and the Summer Recess in August, would now not be able to present until the September Meeting, long after the Star Buddies project had been ended and the individuals working in the programme had been forced to move on with their lives and into other jobs, leaving Blackpool with no breastfeeding peer support service or infant feeding lead for the first time in 12 years.

We were told that this would be a 5 minute space to speak in, with no debate, and no discussion, simply a pre-written response read out at the end, but that it was the correct forum to raise this with the elected representatives of the council, who effectively control the council’s Public Health department.
In the council chambers there is a public gallery, and we let people know ahead of time via Facebook and this website that they could attend so that we could have that gallery filled with lots of faces of people nodding their approval of the speech.

We began to write a speech and soon found that 5 minutes is not nearly long enough to explain the ways that the Infant Feeding Project was previously meeting many of the requirements of the Council, and in order to squeeze the really vital material into the time, we had to miss out a lot of the statistics and the evidence base. We are planning to provide an annotated version of the speech, with links to the evidence, here in due course. If you just cannot wait, there is already some information about our case here.

On Wednesday 20th September, Zoe was finally able to make that presentation to the council, and the front row of the gallery was indeed filled with spectators nodding their approval of the speech. As it happens, the elected representatives were also pleased to hear the speech and Zoe was approached by a number of councillors after the meeting, offering contact details and asking for more information.

There’s a clip of the speech, and the council’s reaction to it, viewable on the council’s website from about 4m30s or via the clip we have put on youtube, below. 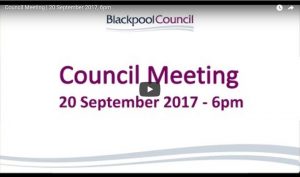 We are extremely pleased to report that, in spite of being told that a pre-written response would be read out by the Portfolio Holder for Health Cllr Amy Cross, actually the Leader of the Council, Cllr Simon Blackburn, stood at the end of Zoe’s talk to respond, saying

“Ms Walsh has said a number of things that I don’t think we have taken sufficient account of, so rather than give the response that we had, I’d like to offer a meeting“ between this campaign and both Cllr Blackburn and Cllr Cross, as well as the Director of Public, who had come into the meeting just before it began and was there to hear the speech, and to later receive a printed copy of the petition we ran earlier in the year – now amounting to 54 printed A4 pages of signatures and comments! If you have not signed, please feel free.

We are in the process of finding  a mutually suitable date, as councillors and campaigners have actual jobs in addition to their community work! We will keep this page updated.