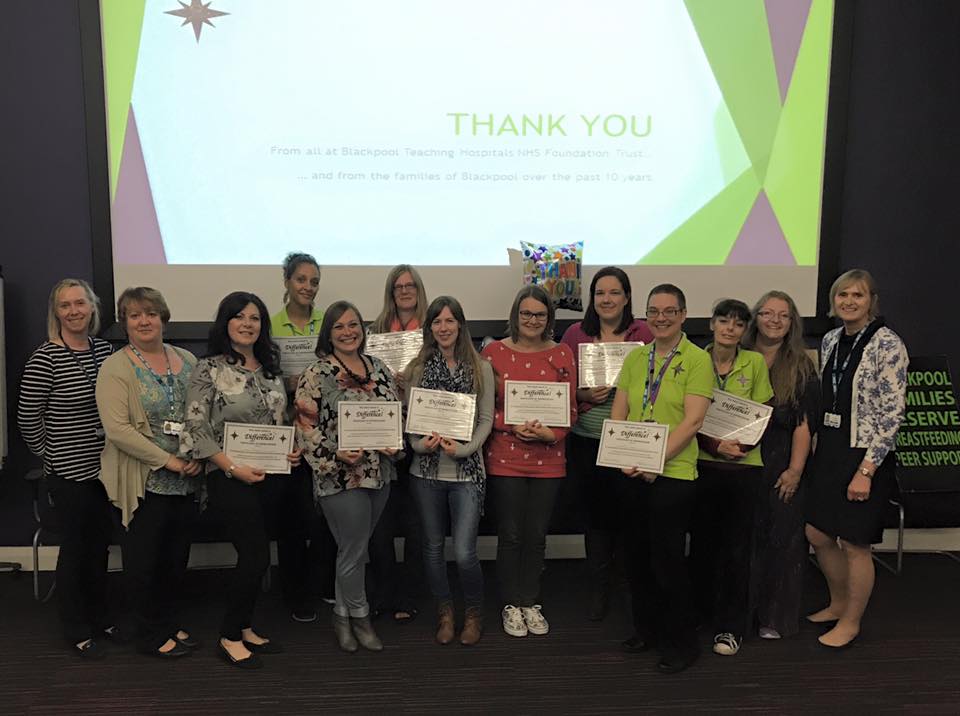 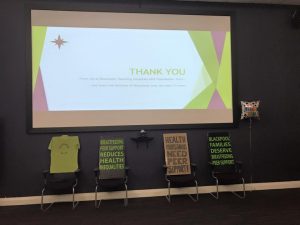 Blackpool Victoria Hospital’s Women and Children’s Division hosted an event this week to say Thank You to some of the many Star Buddies who have formed part of the Breastfeeding Peer Support Scheme in Blackpool over the past decade. 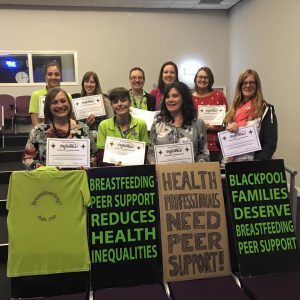 All breastfeeding peer supporters who have worked in Blackpool  as Star Buddies were invited to the event on Friday morning at the hospital, however owing to work and family commitments not everyone was able to make it. 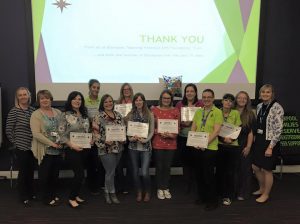 Pauline Tschobotko who is Head of Service in the Women and Children’s Division, and Nicola Parry who is Head of Midwifery, really wanted to celebrate all that had been achieved during the hospital’s decade of partnership with the  voluntary sector breastfeeding support initiative, and to recognise and thank the individuals who provided that support. 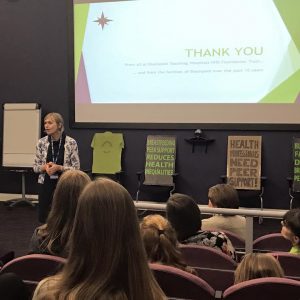 Pauline joined Blackpool Hospitals as Head of Midwifery just over 10 years ago and relayed that when she began in post and asked about what was available locally to support breastfeeding, she was told that ‘Blackpool women don’t breastfeed’; she then began to work for the hospital with local partners on providing  more robust training for the maternity and neonatal staff, and in providing better information and support for families around breastfeeding and relationship building, through first of all the breastfeeding peer support service, and then the Baby Friendly Initiative Accreditation of the hospital. 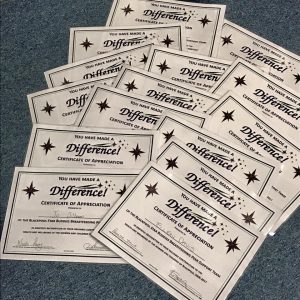 After Nicola Parry and Pauline Tschobotko had addressed the attendees, Blackpool Hospitals Infant Feeding Co-ordinator Dawn Burrows provided each of them with a certificate of appreciation – so those of you who were not able to make it, please get in touch with your address and we will send it out to you by post! 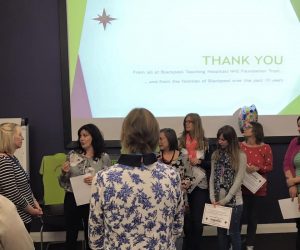 After presentations had been made of the certificates, our now ex-Community Infant Feeding Lead and previous Community Peer Support Lead Liz Nunez took the opportunity to thank Pauline and Nicola for their kind words, and importantly to thank the hospital for its valuable recognition, and for the opportunity to come together and celebrate the achievements of the team. 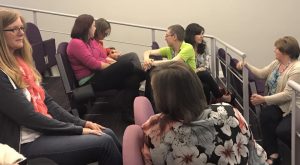 It was a lovely opportunity for some of the ex-colleagues to catch up, and we heard about some of the jobs that those who were made redundant in June have been able to secure since – the project really did build the social capital we had always hoped it would, and provided some of these amazing women with the stepping stone into a new and exciting career going forward. 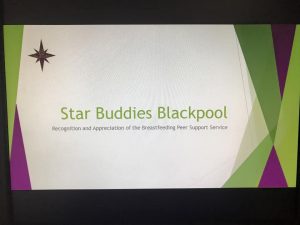 Although Blackpool’s existing breastfeeding peer support programme is now gone, and with it the staff who had in many cases been with it since the beginning and who have now moved on to new career adventures, the fight to secure breastfeeding peer support for Blackpool families going forward has not ended. We will continue to work towards raising awareness of the need for the service, and on rebuilding the local expertise so that soon we will be able to provide a service to support families to provide the very best start possible for the most vulnerable in our population – our babies. 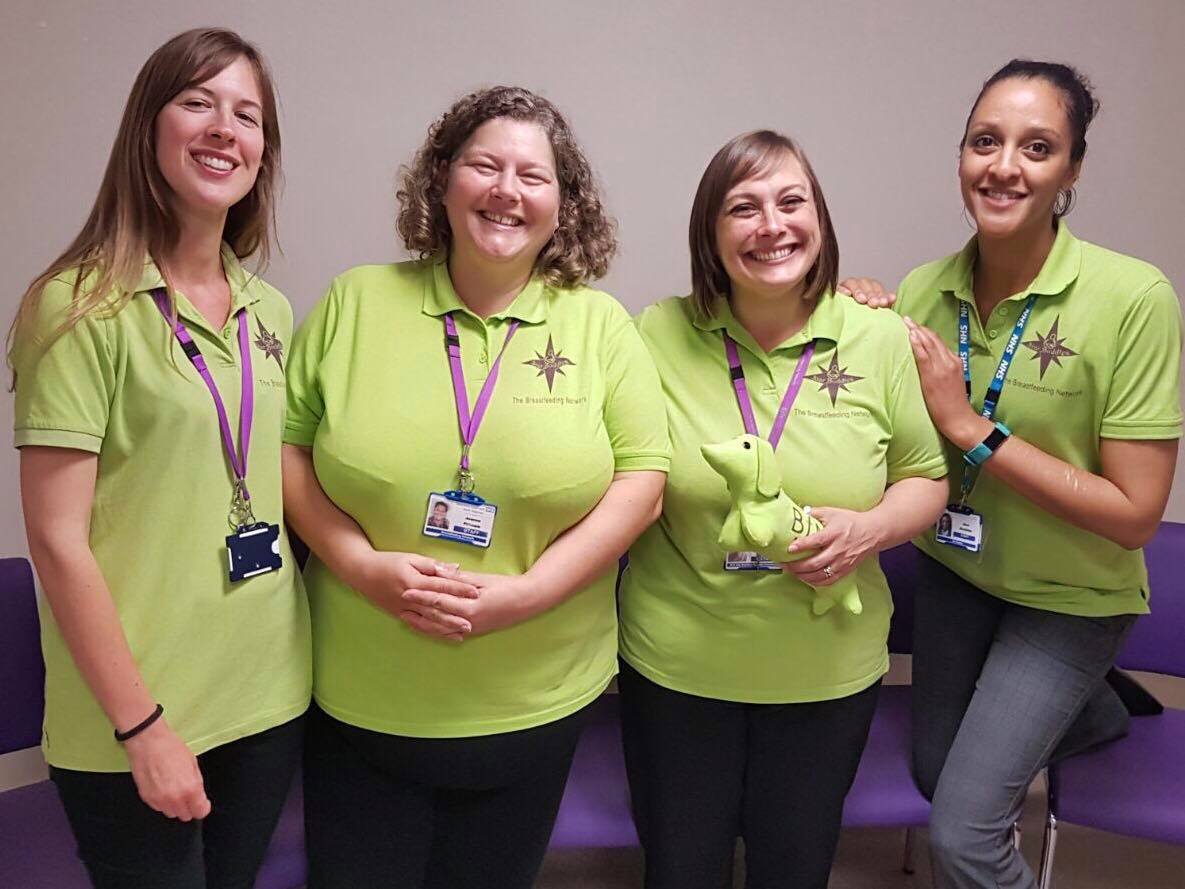 Friday 30th June marked the end of the 10 year breastfeeding peer support project in Blackpool. While this was undeniably a very sad day for those losing their jobs, and for all those whose colleagues are leaving their posts, there was still a sense of celebration in the air for all that has been achieved for the families of Blackpool in that decade.

There was a a little gathering in the hospital, and another in the community, where kind words were spoken and gifts exchanged: 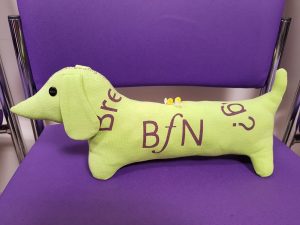 1000’s of families reached, many stories shared on this website. Support given without judgement, information given with kindness, choices facilitated with empathy.  The Star Buddies came in with passion, and can leave their jobs with their heads held high. 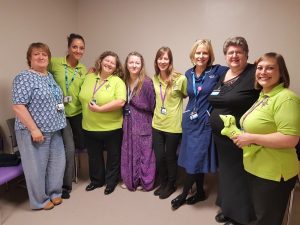 There will be a celebration and recognition event later in July for all Blackpool Star Buddies, anyone who wore the classic lime green t-shirts over the past 10 years!

In other news, while the project in its previous form has ended, we here at Blackpool Breastfeeding Support still very much continue the fight to have Breastfeeding Peer Support in some form in our Town.

If you would like to help behind the scenes with this fight, then please get in touch.